So You Think You Know NASA?

So you think you know NASA? Well Steve Haroz has some news to share that you, in all likelihood, did not know.

According to one of Steve’s most recent posts Neil deGrass Tyson goes down as noting that the 2008 bank bailout was “larger than the total 50 year history of NASA’S budget.” This prompted Steve to go looking at how the tax dollars of the people of the United States are prioritized. Steve came up with this table to help to show the difference between science and military spending. 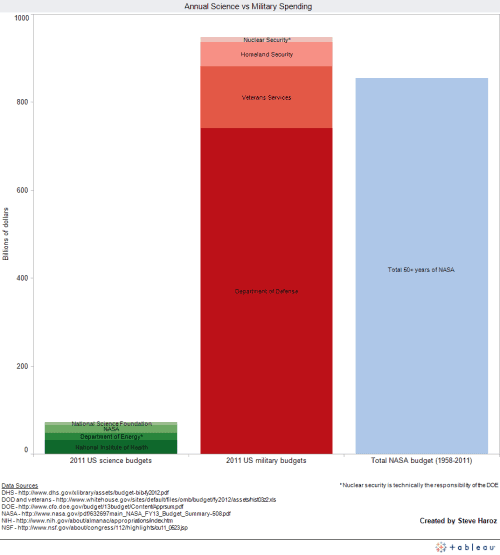 According to this chart, the governments annual military spending is greater than the total cost of NASA’s entire history (when adjusted for inflation).