Six Reasons Gaming is Good for You 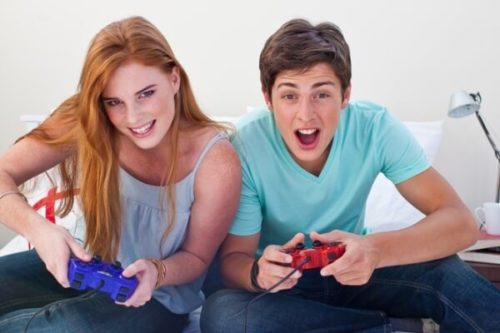 Gaming hasn’t always had the best reputation. There are certain stereotypes about players, and a common criticism is that you could spend your time doing something more productive. While this might be technically true, nobody argues that time spent relaxing, reducing stress and engaging in a fun hobby are wasteful activities. For most gamers, though, that’s exactly what gaming is. You don’t need to defend your love of video games to anybody, but you might be surprised to learn that there are actually several ways in which it can be beneficial to players both mentally and psychologically. Read on to hear about six ways it’s actually good for you. The next time you encounter derision or doubt, you can quickly cite these tenets as reasons to reconsider. And after that, you can go back to the great video game you were playing.

Video Games Develop Manual Dexterity
An interesting study delved into the effects of gaming with a test group comprised of surgeons. The events entailed engaging the surgeons in three hours or more of weekly video game play and tracking the number of surgical errors made at work. Games probably won’t be surprised to hear that those subjects who played more than three hours of video games per week performed better than those who did not. This may be due, in part, to the precise development of manual dexterity playing video games can provide for players.

Some Games Improve Vision
Many people mistakenly assume the opposite and believe that video games are to blame for vision problems. Studies have suggested that gaming strengthens players’ ability to differentiate between different colors and similar shades. Games have also been proven to improve eye function for some people who had damaged vision. Whether or not your eyesight is suffering, there’s a good chance that a few hours of gaming can offer substantial improvement and even ward off the deterioration that comes with age and time. Few other hobbies can protect your eyesight the way that video games have the potential to.

You Can Learn Skills That Apply to Real Life
Another common complaint leveraged towards video games is the supposition that they don’t develop valuable skills. This isn’t necessarily true, as gamers already know, and studies have recently confirmed it, too. Because video games often rely on heroic acts and acts of leadership, gamers are often more likely than others to display those traits in real life. This can provide benefits in your career, relationships and day-to-day life. Companies like Activision Blizzard have developed a number of properties that focus on such skills. On their CEO Bobby Kotick’s Facebook, there is information on upcoming releases, too.

Games Don’t Have to Be Sedentary
Many people assume that gaming is only done while sitting down. Most console and PC games are, of course, but the emergence of virtual reality has transformed gaming completely and made it a physical activity for many players. Even if you do not play on such an involved platform, however, certain types of games can inspire physical activity away from the controller. Sports games that simulate soccer, tennis and football can get players excited and ready to go outside. You can see updates on games like these on social media sources like Bobby Kotick’s facebook and other similar accounts.

You Can Develop Better Decision Making Skills
One of the primary tenets of game play experience is the pressure on the player to make decisions quickly and confidently. These demands exist in real life, too, of course, so players are often adept and making choices in high-pressure situations. Studies have confirmed this by testing gamers’ and non-gamers’ abilities to answer questions quickly. Those who played video games regularly were better at the exercise, unsurprisingly. The ability to make decisions quickly is one that can serve you well throughout many areas of your life, the least of which is not video games, of course.

It Reduces Stress
Perhaps the greatest benefit video games provide players, and the reason so many people enjoy them, is their undeniable ability to reduce stress. Studies that monitored both the heart rate and the self-reported incidence of stress revealed that those who play video games regularly tend to be healthier and less stressed out than those who don’t. This won’t be a surprise to players, but others may not realize just how effectively games can relax. One important factor to consider is the kind of game you are playing, however. Some games are less effective in reducing stress than others are. There are a number of ways the technology of video games can improve your life. Whether or not you’re an avid gamer, you can benefit from picking up the controller every once in a while and enjoying a session. It won’t be long until you’re seeing better, making decisions quicker and feeling less stressed than you were before.