When it comes to Healthcare.gov we all know what a terrible mess has been made, but now eight Democratic senators are asking the Obama Administration to allow tech startups to serve as a HealthCare.Gov website alternative. 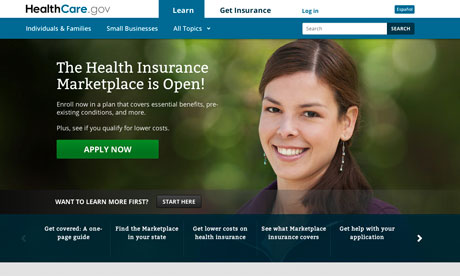 According to the latest news, eight Democratic Senators are trying to convince the Obama Administration to allow tech startups to serve as an alternate to the Healthcare.Gov website. By being able to sign up for health care via a fully functioning website, rather than the Healthcare.Gov website which has had a ridiculous number of “glitches”, it is hoped that more people will be able to benefit from the new healthcare plan.

With the Healthcare.Gov website serving as the only hub for new enrollment in the healthcare plan, enrollees are limited mostly because of the non-working government healthcare website. What’s worse? Perhaps the fact that because the federal government insists that all applicants to the new healthcare system go through the central Healthcare.Gov website, which only sometimes functions. This means that applicants through insurance companies that are allowed to enroll new customers are being redirected to the malfunctioning federal website.

So why can’t insurance companies or tech companies simply get access to the federal database? Simply because the IRS forbids private access to their data. This means that while technology start up companies could build a website alternative, they would be unable to determine the income based discounts that are determined by IRS private data which defeats the point really.

So just what do these senators have planned with their request to to bring tech companies in to the picture? No one is really sure just yet.