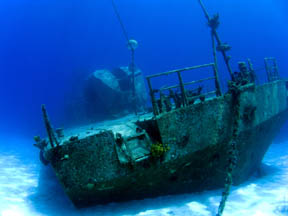 Only in Finland would anyone — let alone a group of scientists — even consider drinking a bottle of beer that spent nearly two centuries submerged in a shipwreck.

However, upon testing, the scientists agreed that the beer (which was salvaged from an underwater site last summer) wasn’t drinkable. Seawater had leaked inside the bottle, which had ruined the chemical composition of the beer — and made it unbearably salty.

The researchers at the Technical Research Center of Finland, however, were not deterred. They conducted a wide range of tests on the contaminated brew, leading them to discover hops, aromatic compounds and malt sugars. Though they were hoping to find yeast compounds so that they could replicate the ancient beer recipe, none had survived.

Along with this contaminated bottle of beer, divers had also recovered several bottles of champagne from the same shipwreck. The researchers are planning to begin testing those bottles next.

Must be nice to be a scientist.