If investors were troubled at all by any drop in value to the shares of Chinese e-commerce giant JD.com in 2018, their fear has likely turned to delight now after earnings were reported and news of a new deal with Tencent Holdings was announced. Despite one of their executives resigning due to health reasons, and despite the tension in trade between the US and China which has affected companies like JD, more and more users have opened accounts on the platform and have brought its reported revenue up over 121 billion yuan, a figure equivalent to about $18 billion USD. This is outperforming the projected revenue by Wall Street experts who gave the company about a 120 billion yuan revenue, and its shares are up trading on the NASDAQ at 33 cents per share. The company’s new deal with Tencent Holdings gave the private equity firm a stronger position in their shares, and with that they will now have access to WeChat and Weixin, two major communication platforms based in China. This has been good news for CEO Liu Qiangdong who says the company will continue to invest in IoT technology and build its e-commerce capabilities.

Liu Qiangdong, often known by his American name as Richard Liu, built JD from obscurity to now being a global competitor to rival e-commerce platform Alibaba, and even a platform with much of the same features as Amazon. It actually began over 20 years ago as Liu was searching for success in the business world. His parents themselves ran a business in China involved in the shipping and distribution of coal, and he learned some things from them that he later applied while building his company. Liu originally wanted to go into political science when he enrolled at Renmin University, but he realized instead that computer science was a field that was growing in demand. While taking classes, he decided to try opening a restaurant in Beijing believing the demand was there for it. Unfortunately, it didn’t attract the business he thought it would, and he had to shut it down. But he never gave up the idea of trying to start his own business later on, and after graduating from the university and working for Japan Life for a couple years, he once again decided to try it.

Richard Liu learned of various government research agencies and private businesses who needed magneto optical drives, and he and his then girlfriend were given the opportunity to open a business selling computer electronics. It soon had its suppliers and would open up multiple retail stores across the city, and Liu originally named it JingDong. The name was based on a combination of his and his then girlfriend’s last name. The change that came to the company began in 2003 when the SARS epidemic hit China hard, and in the midst of the brick and mortar stores being closed, Liu decided to change the company so it would not be affected by cases like SARS again. He took it online and started following the model of eBay, and as sales increased and profits grew, he changed the name from JingDong to JD.com.

Richard Liu had kept the company privately-owned for over 10 years, but then he received an offer in 2010 from Tencent Holdings to buy a significant portion of the shares which would add operating capital. Liu gladly accepted as it allowed him to still remain majority shareholder, and he could now pursue major investments for the company including drones delivering products, something you can find across various parts of China. JD.com became a publicly traded company in 2015 when it became listed on the NASDAQ. Recently, Richard Liu also introduced an AI based credit approval platform for various Chinese government agencies to use.

The Best Standing Desk for Good Health and Productivity 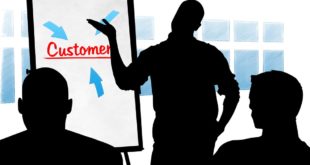 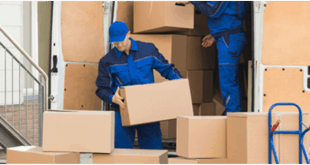