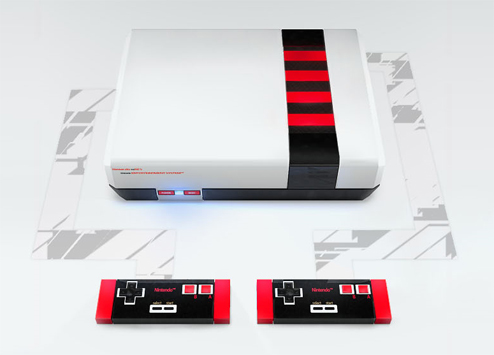 The NES console was a major turning point in the history of gaming. It probably doesn’t get enough credit for the influence it had on the gaming world and how it was the bridge between Atari and modern-day video gaming. Javier Segovia is a digital industrial designer who just so happens to believe it’s time for the old Nintendo Entertainment System to have a little taste of reinvention.

He calls his design the reNESED, and it is a beautifully re-imagined rendition of the old NES consoles of yore. I’m not saying that the NES had a ugly design, just that it might be time for a reinvention with a brand-spanking new outlook.

The NES console introduced the Super Mario Brothers to the world. Don’t you think it deserves some respect? Bow down!