NES Console Built-In To A Controller 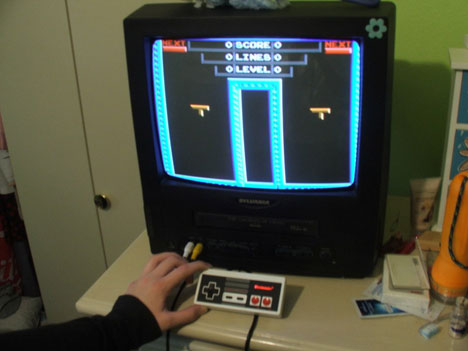 Today, everything is about bulk. Everything is becoming more compact, even dare we say “snack-sized”. This user on the Ben Heck forums put together a creative gift for his girlfriend’s birthday. A NES Controller with the entire console built-in to the controller, as well as some built in-games.

The NES Controller features the 2 player version of tetris, and a level select hacked Contra, among 70 or so more  built-in games. And for the games you want to play that aren’t included? There’s a built-in cartridge input on the back of the controller. 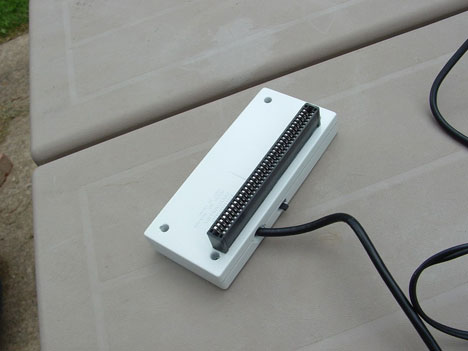 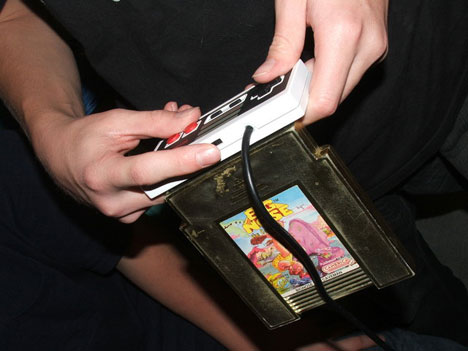 -Catridge connector on back for playing those NES games that aren’t built in. Just switch the power switch over to the left and it disables built in games, and the catridge is playing. I wasn’t going to add this at first, but thought about how she had a weird pirate game with a guy who threw rocks, and it wouldn’t work on her blinking NES. I really wanted to play it, so thats why I added it. A bit selfish maybe, but I don’t think anyone will complain

-2nd player controller port! Lightgun works with it too. Which is nice, because there’s at least 3 lightgun games built in.

-Controller got a nice new white paint job! Makes it look both old school, and newer iPod-ish. I basically wanted to make it look like something that Nintendo would make if they were to re-release the NES. I think it ended up better than what they’d make

-Nintendo logo is backlit! Looks insanely cool in real life. I’m going to do this to all my NES controllers when I can get around to it! It’s that cool. Only thing that bugs me is that one LED is too close to the logo and unblablances the light. Something only a perfectionist would notice.

-Fixed those little “notches” that were near the cord and on the bottom of the controller. I did this by filling them with bondo spot putty and sanding smooth. Those little things alwasy bugged me, they detract from the beauty of the controller in my opinion, and needed to be killed