Reddit Users Try To Draw The World Map From Memory!

Have you ever really thought about just how well you know the planet we live on? Well one Reddit user did and in a recent project they found that most people aren’t as good as they think at remembering what Earth’s face looks like! 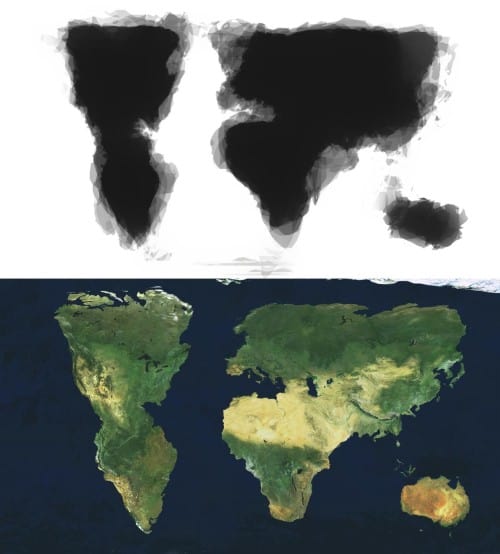 A recent article from SPLOID by Casey Chan reviewed a recent Reddit project in which Reddit user zaaakk, asked a group of people to come together and draw a map of the world from memory. The results of the test were actually pretty interesting when thirty Reddit users created their maps and those maps were merged digitally to create a new world map which can be viewed above.

It’s interesting to consider the regions from where each contributor came from and how that influenced their version of the world map. Looking at the rendering above none of the participants in this project were from Alaska, Greenland or Antarctica! Aside from those places being mysteriously lacking, the overall depiction of Europe, Russia, Asia and Central America all look a little off as well!

Try drawing your own world map from memory, how did you do?