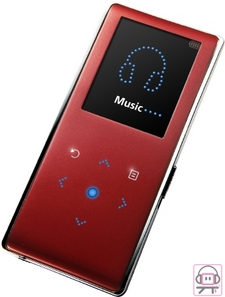 Valentine’s Day affects even the techlogy market. You wouldn’t think that companies would put too much effort into having special products for this holiday, but you’d be wrong. Samsung has just released their nice PMP, the K3, in Red (looks kinda pink). Samsung has changed no features for this new red edition. None. The casing is just red. So as a rundown of the features already on the black K3s, you get a 1.8″ OLED display, an FM tuner, touch-sensitive controls, and multiple audio format compatability including MP3 and WAV.

Just so you don’t get confused, you won’t be helping any African children if you buy this, it isn’t associated with the PRODUCT(RED) campaign. It’s just red. –Nik Gomez

Samsung K3 now out in Red [via Gadgetell]