Are We Really Sending Astronauts To Mars?

We’ve sent astronauts to the moon in the past but the very thought of sending them to Mars is still a little more like science-fiction that scientific research! 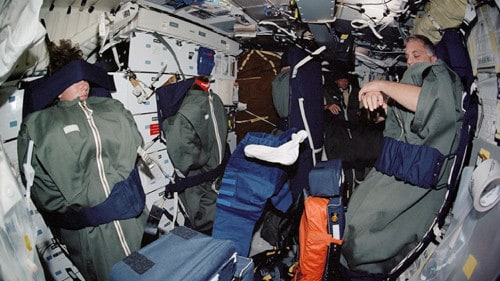 There are plenty of challenges posed to NASA when it comes to a manned mission to Mars but one of the most significant, at least for the men on board the ship, is how to survive six months with a small crew in a confined space. The most popular idea at this time is to get all of the crew members to hibernate during their journey. Certainly however, the idea of hibernation brings on a whole new group of concerns such as how to feed and hydrate the astronauts during their long winter naps. Additionally, there is the concern of preventing muscle atrophy. There are a number of benefits that come from the possibility of hibernation though, a small area of confinement can be radiation-proofed rather than the whole ship. A number of hibernation methods have been suggested including dropping the body temperature of the astronauts and pumping them full of drugs. The current favored method is to drop the astronauts body temperatures, but there are plenty of details to work out before the method of inducing and maintaining hibernation needs to be put in to effect.