Rare Ferrari Motorcycle Up For Auction 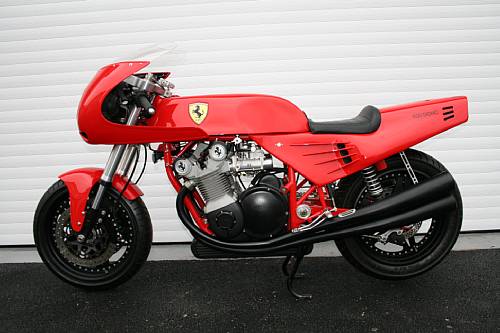 Ferrari doesn’t make motorcycles, so how did this beauty come about? It’s the product of David Kay Engineering and was made back in 1995, when times were good and Silverchair was cranking out the hits. It has a 900cc engine that outputs 105 horsepower at 8800 RPM. All you need to know is that it’s fast.

The bike goes up for auction December 20th at the Bonhams Switzerland auction house. The starting bid? A staggering $300,000. Bidders with pre-existing Ferraris need only apply.