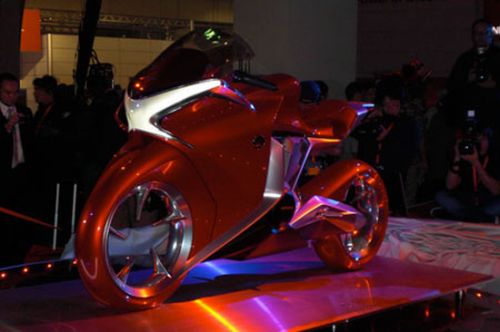 Powered by the Honda V4 engine, which was originally used in the 1980s on Honda motorcycles, this new concept from Honda suggests that the automaker might be bringing it back in a new bike. Check out those sweet curves and bodacious rims. Actually, it’ll probably never see the light of day considering Honda commissioned it to commemorate the 30th anniversary of the V4 engine. One can dream though, no?