Please Don’t Take My Beta Chrome Away (3): the Panda & the Squirrel 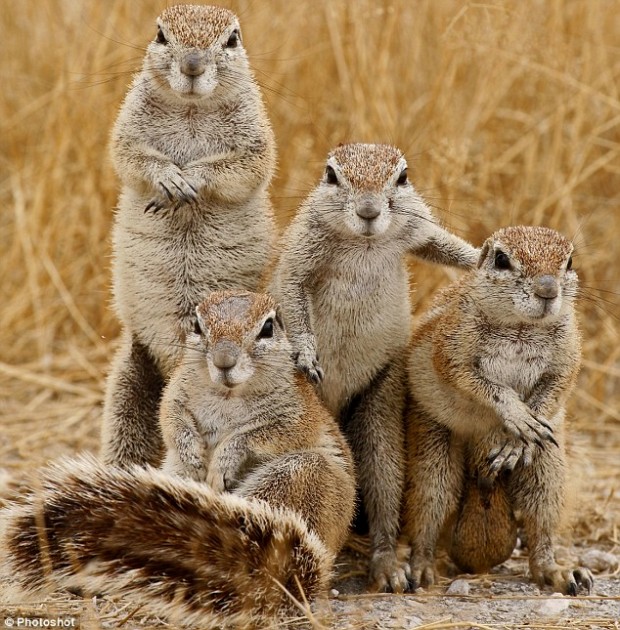 This is the third in a series of posts flowing from my conversation with blogger Adam Rothstein about his experience testing the Chrome Notebook.

It was a decade ago this year that the iPod appeared; I seem to remember that it was a music player full stop. Ten years on, the devices that evolved from the iPod have not only extended networked culture, but transformed it. Does the Chrome notebook feel like the germ of an epoch-making device? And if so, what does promise or potential does it hold? It’s like a bet on networks being ever more ubiquitous, powerful, and accessible even than they are now. What’s the future look like ten years out from the vantage point offered by the Chrome notebook?

The iPod filled a niche. It launched in Oct ’01, a few months after Napster closed. The gold rush of free music was over, at least for a bit. All of a sudden everyone had mp3s, but what would they do with them? Apple decided that we would take them everywhere. And so we did. iTunes had launched only 10 months previously. The iTunes Store wouldn’t be around for another two years. The whole concept of a digital music collection was still new, it was only because suddenly there was a glut of mp3s on everyone’s computers from Napster that anyone had anything to put on their iPod. It came at the right time, and filled a void. It didn’t just plug a hole, but shaped the space. More like plugging in a piece of pipe to reduce the diameter, concentrate the flow, and shoot a fountain into the air.

I think the iPhone did the same, in a way. The Internet was reaching cell phones. There was bandwidth, and there was processing power. But what would we do with it? The iPod function of an iPhone is almost like an afterthought, these days. Your personal media collection is not important, it is the network and your connection to it that matters. We don’t dance in the streets in iPhone commercials, we move our fingers over a screen. With the iPod it was not the quality and breadth of your album collection that matters, it was about having your music wherever you are. Now it is the same, but with data. It’s about portability, and about convenience, and about on-the-go-ness. None of these were problems before. No one said, “man, it is so quiet out here on the go!”/”Man, I wish I had my whole collection of Great Books with me right now!” But the solution plugged in. It worked. Real well.

Is Chrome OS one of those pipe-solutions? The metaphor sounds right, but I just don’t see it. It is too abstract. It isn’t as simple as a click wheel. It doesn’t fill a specific need, but rather fills a lot of different things depending on who you are. There are too many similar things to it, and it doesn’t differentiate enough from what came before. OS and browser are too linked already for this to be a real difference. It doesn’t fix problems that other similar products left untouched. And yet, it works. It works really well. People expect Google to do big things, to take the world by storm. They expect every product to become a verb, like their search did. I see no reason for it to do so. And yet it could still be great. I think that this will slowly be adopted, the browser OS model. You’ll see people using regular computers, you’ll see people using tablet OS like iOS and Android, and you’ll see people on Browser OS. It will all depend on who they are, what they can afford, and how interested they are in trying new things. I’m not sure that success means having to be an iPod. Plenty of other people make money on mp3 players, and they didn’t define epochs. And they don’t make their money by being copy-cats either, just by offering something a little different, and finding a niche to evolve into. What species is more successful: the common squirrel or the giant panda? The squirrel lives everywhere, in all climates and terrains. It eats just about anything, be it scavenging, foraging, or eating out of the tree. There are millions of them, and they live right among us. The panda lives only in one particular place in the world, eating one particular thing. It is a specialist, and this practice had almost brought it too extinction. There are less than 2,000 pandas in the world. The lack of nutrition in their single food source means it can only birth one child once a year, and it must eat constantly. And yet: the panda is some how cute enough, whatever that means, that it has convinced the most successful species on the face of the earth to take a special interest in its well-being. It has become the mascot of the most populous country on earth with one of the strongest economies, and lives its life protected by law in luxurious enclosures throughout the world, where caregivers that study their entire lives to serve these creatures do everything they can to please the panda, in the hopes that maybe it will choose to mate. Who is more successful? Who knows.

But less obliquely, I think Google gets it. I think the Chrome OS will do really well in the next few years, if they put it on good hardware. Whether in ten years we’ll be remembering it’s birth the way we remember the iPod’s, who knows? Maybe. But Google itself is only 12 years old. They started with only doing search, and now look at them. Compare to Apple, who in 2001 sold computers, and still sells computers. Maybe in 10 years, Google will sell home algae farms, or teleporters, or maybe only make wholesale ball bearings for specific industrial uses. I just hope my Cr-48 lasts for five years. That will be twice as long as most iPods last.