Online Casino Technology Trends for 2022 and Beyond

The term Technology may have been coined relatively late in our history, but what it has meant to us as a concept has changed drastically over our existence on this planet.

To the caveman, for example, the first tools, or discovering how to carry water from one place to another, would have been considered our greatest “New Tech”.

Imagine how early man felt when they worked out how to create and maintain fire, it must have been epic! It also changed so much about the way we lived.

As did things like shipbuilding, inventing the wheel, the car, train and the airplane within the transportation field.

Or discovering Penicillin, or curing smallpox did within the medical field in their time.

Of course, a big shift towards a better understanding of public health, as well as better actual public health came with the invention and implementation of modern plumbing.

Sure we had the Telegram, and the Telephone which were both massive in their time in the communications field, but nothing in the modern era, other than maybe the invention of the Computer itself, has moved us forwards at such a quick rate as the Internet being brought into the existence.

Tech For More Than Survival

Now, more than ever before in our history, we can communicate with anyone, wherever they are in the world in a matter of seconds.

We also have all the information we could ever need right there at the tips of our fingers and all we have to do is a quick Google search to find it.

As a species, other than the new ones we are creating, we’ve already answered and sorted out the majority of our most pressing survival issues, which in the past would have held almost our entire focus.

We are now living in a time when we can play, and we can think, and we can dream, and we can create – and during that process, we can inform ourselves, and learn exactly how to do pretty much anything we can think up with the help of the internet.

Little wonder is it then that the world of the online casino has bloomed and grown from strength to strength since it came into reality with the world’s first online casino back in 1994.

Obviously, the tech, behind this massively popular and incredibly lucrative industry, has progressed on almost every level since it began, but what exciting new innovations and updates does the future hold for online casino enthusiasts to look forward to?

Here In 2022, We Enter The World Of The Metaverse

There are both existing trends, like Cryptocurrency Casinos, which are set to grow and new tech, like 5G, which will help enable other things to do the same over the coming year and beyond, but none of the latest innovations are quite so titillating, “Out There”, or exciting as the Metaverse.

But what will it mean for online gambling?

Will, for example, a casino welcome bonus for 2022 look completely different than the ones we’ve seen to date have?

Well, for a start there is no need to worry that things are going to become unrecognizable overnight because they aren’t, and you will still have access to all the same things which you have access to now – there will just be some very exciting new options available to you as well!

Cryptocurrency And How It’s Key To Casino In The Metaverse

Cryptocurrencies, and the online casinos which are jumping on the trend, are growing in popularity every day, and with literally millions of virtual transactions being made and recorded each and every day there are clear signs to prove as much too.

So, though not totally new, Cryptocurrencies are a major trade option being used more and more by industries, economies, and businesses all over the globe, and they are going nowhere but up.

They’re even set to be one of the essential cogs in online casinos getting an early foot in the door of the Metaverse.

Indeed companies from all over are already pairing cryptocurrency gambling and the Metaverse, which will soon allow online gamers to actually play table games, slots, or even lottery-style games within virtual reality, whilst using crypto to fund their efforts.

Atari is said to have announced recently that they’d be adding a crypto-based casino into their metaverse “Decentraland”.

Stating apparently that cryptocurrency is the ideal currency for using with virtual online gambling because the “system’s betting logic” will get stored within the blockchain which will stop game-rigging or scams.

But What Is The METAVERSE?

Developed by Mark Zuckerberg, the CEO of Facebook, the Metaverse is a captivating new interactive virtual world, a vast space where people can meet up in virtual form and interact, either just socially or for work, or play, or really any other number of things which will get thought up along the way.

The word “Metaverse” itself regularly gets linked to an anti-utopian cyberpunk novel titled “Snow Crash”, which was written back in 1992 by novelist Neal Stephenson, it is also linked by another set of people with Earnest Cline’s stunning 2011 novel titled “Ready Player One”.

The idea may well have spun out of science fiction but the reality is that, wherever the name was first coined, the Metaverse is no longer a thing of dreams or “just sci-fi”.

And, though virtual reality may have initially only been for those who could afford to pay through the nose for equipment, it is nowhere and is quickly becoming something much more accessible and readily available to everyone.

So much so that according to many, it’s believed to be “primed to be the long-awaited successor to the internet”.

5G The Metaverse And Beyond

The next key big shift is the worldwide rollout of 5G, you see as it becomes “the norm” eventually almost everyone will have a device that can deliver video services like 8k streaming and cool VR games, all at a faster speed and with higher definition.

This new tech will also enable all sorts of devices to be made smaller and lighter and more portable thanks to them no longer needing their own inbuilt graphics chips or processors.

To conclude, the biggest new online casino tech trends for 2022 and beyond are sure to include the ever-growing Cryptocurrencies, the epic up-and-coming Metaverse and all the magic which is sure to come with that, and 5G is going to make it all a thousand times easier, quicker and more fun!

The most profitable Gambling Games in Real Casinos and Online 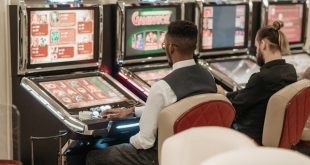 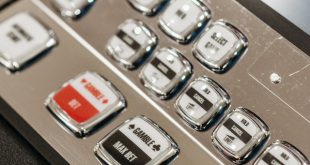