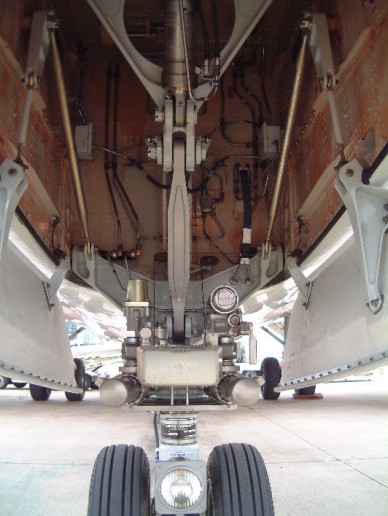 In mid-November, residents of the Boston area were shocked by what at first seemed a recognizable variation of the classic if-it-bleeds-it-leads news story: the mutilated body of a teenager, a young man of color, was found on a back street in the quiet suburb of Milton. Over the next few days, the standard appendices fell into place: mysterious vehicles impounded, clothes collected and analyzed, the schools canvassed for missing children.

But then things went awry. A school hall pass was found on the body, inscribed with the name of a young man, Delvonte Tisdale, who recently had been reported missing—in North Carolina. Bits of his clothing were found widely dispersed along a narrow path bisecting Milton. By the second week of December, a shocking new narrative had begun to coalesce: on November 15, the young man had stowed away in the wheel well of a US Airways 737 departing Charlotte International Airport on a two-hour flight to Boston; his body had fallen from the fuselage on approach into Logan Airport.

What Delvonte Tisdale experienced in the minutes after that plane left the ground may be guessed at; it’s unlikely that his travails would have lasted very long. The wheel wells of a 737 are not pressurized, and the wheels themselves remain exposed in flight. In the minute or so it takes to reach cruising altitude, Mr. Tisdale scaled Mt. Everest wearing the clothes on his back. As the airliner’s landing gear deployed over Milton’s thickly-forested Blue Hills on the approach to Logan Airport, those clothes were scattered amidst bare trees along the flight path.

As the unreal horror of Delvtonte Tisdale’s story emerged, authorities reframed the tale. Wayward youth and troubled urban neighborhoods on Milton’s doorstep receded from view, and the specter of terrorism rose to take their place. What if Delvonte had been a terrorist? William Keating, Norfolk Country District Attorney and incoming representative for Massachusetts’ 10th congressional district, was not alone in this pursuing this hypothetical inquiry. “There is great concern that with all of our efforts for security and the almost invasive type of efforts that are occurring right now, that something like this could happen,’’ Keating said when announcing his office’s findings in the case. “[B]ut if that was someone with a different motive … if that was a terrorist, that could have been a bomb that was planted, undetected.”

In this time of backscatter and pat-downs, not to mention Wikileaks and security breaches at supposedly-savvy blog networks, terror is a ready-made frame in which to present any picture, no matter how enigmatic, as Patrick Smith, who writes the “Ask the Pilot” column at Salon, points out. “Can I ask why we are we unable to discuss anything anymore,” Smith writes, “particularly when that anything involves airplanes, without running it first through the prism of terrorism? This is not an airport security scandal. It’s a story about a young kid who managed to foolishly kill himself.”

In the essential enigma that Smith identifies, we have all the explanation we should need. I admit to an urge to go further, however—to look back to the tale of Daedalus, inventor of artificial wings, whose son Icarus plunged from the sky. The tale of Icarus is frequently invoked as a parable of the unforeseen, unforestalled consequences of technology. In this version of the tale it is we—technological society in toto—who stand in the place of Daedalus, wondering precisely what it is that we’ve wrought.

Delmonte’s death is not a mythic agon, but a tragedy purely wrought, a catastrophe in social and personal dimensions. But it can be that and also be a kind of rejoinder. A paranoid technological society has no tolerance for the abyss. Our powers and our tools are market-tested to serve every exigency. Even the seeming outrages of, say, Brett Favre or Lady Gaga act like commodities in this system—there’s a place for every pseudo-outrage, tested by focus groups and hedged by safer bets. But there is no place for Delvonte Tisdale’s mortal transgression.

With the scanner controversy as with the specter of terrorism, the obvious solution is never to fly. It’s simple. But outrageous. Of course, it’s only outrageous when posed as a solution, a policy; for fear or lack of money, of course many people today never travel by air (Delvonte Tisdale, a cadet in the Air Force JROTC, had never flown). Or we deem air travel necessary to economy and society and—equally outrageous— assume the risks that accompany it.

What happened to Delvonte Tisdale was not a solution to anything, but it was an outrage. And neither sociological dithering nor the sturm und drang of security theater can situate or explain what is an exceedingly rare thing in our society: a truly outrageous act.