Nintendo Shares Fall 5% — Could We Be Witnessing the End of the Nintendo Era? 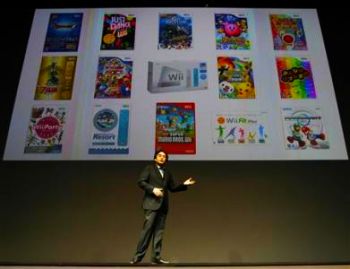 An interesting article published by Reuters sported the title, “Nintendo Faces End of Era After 3DS Flop”. Could the 3DS really be the downfall of Nintendo?

This past Tuesday, the president of Nintendo — Satoru Iwata — announced several new Nintendo updates, including a slidepad accessory (which is required for certain games) as well as an expansive lineup of upcoming Nintendo titles.

However, this news wasn’t enough to satisfy investors, and Nintendo’s shares have slid 5%. Supposedly, the abundance of free and inexpensive games played on platforms like the iPad is making investors skeptical about the longevity of Nintendo’s handheld market.

Maybe it’s just me, but I don’t think Nintendo is going anywhere. The Wii, even though it’s sporting five-year-old technology — still is selling at retail price. The 3DS may be a minor hiccup, but I foresee Nintendo hopefully announcing even more new technology in the future. At least, that would be the smart thing to do, if they want to keep their competitive edge in the gaming market.