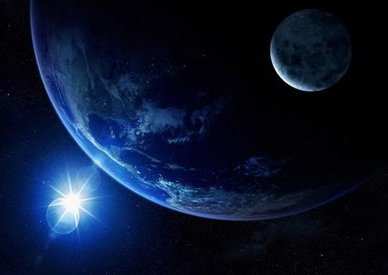 While some people may still argue otherwise, most of us have come to accept the unfortunate realization that Pluto is not a planet. But just because we’ve lost Pluto as a planet doesn’t mean that we’re down to eight. NASA scientists are working to see if a mass that was found by NASA telescopes is, in fact, the long-believed-to-exist-but-as-of-yet-unprovable planet of Tyche.

Tyche (pronounced “tie-key”) is believed to be a gas giant located some 1.35 trillion miles from the Sun, which is equivalent to 15,000 AU. In layman’s terms, it would take light from Tyche roughly three months to reach Earth. Tyche is also believed to be between three-and-four times the size of the current champion of the solar system, Jupiter, and have a surface temperature of -73C.

Even if Tyche is proven to exist, which seems to be a foregone conclusion, there’s no guarantee that it will ultimately be classified as a planet in our solar system. Many scientists believe that Tyche was not formed in our solar system, but was formed around another star and was later captured by the gravitational pull of our own Sun. According to Professor John Matese of the University of Louisiana at Lafayette, the International Astronomical Union (IAU, the organization that determines what is and isn’t a planet), the organization may not include Tyche as a new planet but create a new category specifically for Tyche.