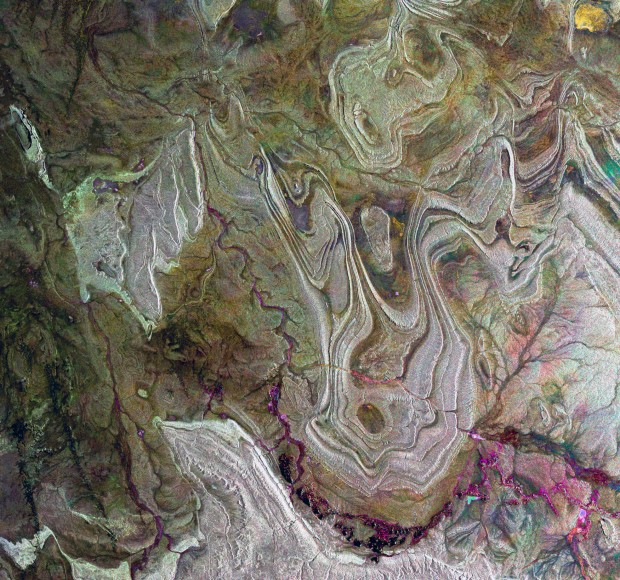 It’s the Sahara desert, imaged by radar cameras aboard the European Space Agency’s Envisat probe. Here’s the description from the ESA web site, where this was today’s image of the day:

Envisat radar image of the Tanezrouft Basin in the Algerian Sahara. Radar images reveal surface roughness — the rougher the surface, the brighter it appears. Hence, darker areas represent softer rock with a sandy or small-stoned surface. This image was created by combining three Envisat radar passes (23 March 2009, 1 June 2009 and 14 September 2009) over the same area. The colours result from changes in the surface between acquisitions.

To tell us something about reality, scientific imagery often creates scenes that never existed in space or time.