More Than Just Toys: How Drones Will Change Everything About Industry

Drones are appearing everywhere, and there seems no limit to the number of different industries they’re changing.

Drones are small, fast and nimble. They can fly lower to the ground than manned aircraft, they’re highly maneuverable as well as relatively quiet, and they’re integrating with the human-scale world in ways that manned flying vehicles never could.

Drones have incredible eyes, with cameras that provide time-stamped surveys that can cover ground quickly, affordably and on demand, producing high-resolution images that are better than satellite and cheaper than manned aerial photography.

As well as the obvious law enforcement and emergency management applications, this is revolutionizing real estate photography and property tax appraisal, along with land survey and mapping.Drones are more nimble than people trying to survey an undeveloped plot of land full of ditches, wild critters and dense brush. Agriculture too was not slow to bring drones into farming and land management operations to help with crop and herd inspection.

Drone imagery can zoom down to something as small as a serial number, while drones can hold a straight course and hover more steadily than a human hand. Augmented with other sensors such as infra-red, drones can provide diagnostics on failing equipment in the field such as electrical transformers, or inspect an oil and gas flare stack without having to shut the stack down.

Beyond the technology that’s out there off the shelf, there are also companies that can create equipment for specific needs. “We get calls about the more obvious drone applications like surveying and mapping, but we’re also hearing from people that have unique situations where traditional methods didn’t provide an efficient or effective solution,” said Jason Worley, CEO of the drone surveying and inspection company Asset Drone. “With a little ingenuity and modern technology, we can often outfit a drone for these situations.”

A much safer alternative

Drones offer vastly increased safety now by taking the danger out of many manual tasks, especially with large infrastructure. Cell tower inspection using drones allows technicians to see what parts and tools are needed before anyone is deployed, eliminating unnecessary tower climbing – which has a fatality rate 10 times greater than construction work.

Sophisticated measurement is possible with drone cameras and software. The ease of flying around an object means multiple angles and views can be taken affordably, and these views can all be combined into a 3D model – a process known as photogrammetry.

Not only has this introduced previously unaffordable 3D modeling into survey projects, and exact measurement to structures, it has brought very exact metrics to stockpile volumetrics.

Quarries, earth-moving and construction projects all have large piles of materials sitting that need to be measured with time and usage. Drone technology can provide very exact measurements of the size of a pile of aggregate, for example, that previously would have required workers physically clambering over it, carrying heavy GPS backpacks. This was tedious, only somewhat accurate and – there’s that word again –unsafe.

Drones can also fly inside structures, which is ground-breaking. This provides a major tool for construction, where drones can survey progress on multiple floors daily, as well as inspect installations for trouble. And silos, large boilers, fuel storage tanks and the like can now get visual and sensor inspections without humans having to crawl inside.

Indeed, while we think of drones for outdoor applications, it’s inside where they may find their greatest use. Within warehouse, factory and other large facility settings, drones can take inventory, inspect and diagnose current conditions and locate – and perhaps retrieve – goods.

This is changing the way people are thinking about warehouse design. It’s also offering an in-house diagnostic tool that can be controlled remotely from external service and supply operations – a crucial part of supply chain management.

In the United States, the FAA issued rules in 2016 that allowed tens of thousands of new drone pilots to become certified, and the commercial sector rejoiced. But while commerce is straining at the leash to use drones everywhere, regulation is the crucial aspect of how drones come to live within our human space.

Amazon and others are testing the idea of long-range drones delivering goods to homes, where the application could be revolutionary. Matt Zimmer, Chief Operating Officer at Flash Global, agrees: “For a service parts supply chain, where many service level agreements are within 2 to 4 hours, drones could be a game-changer in terms of disrupting last-mile deliveries.” However, it’s still tightly regulated to fly over people’s heads – for good reason, as this notorious drone crash at AT&T Stadium in Dallas showed.

France has experimented with allowing drones to fly beyond the visual line of sight of the pilot, but in the U.S. it’s still currently prohibited. And as long as civilian drones collide with Army helicopters, this will remain a problem.

The answer to such quandaries may be the UTM – the Unmanned Aircraft Systems Traffic Management grid. NASA has a program developing protocols to account for the myriad situations that can arise as drone usage expands. Industry also is working on such developments. Public-private collaborations seem likely.

Airport traffic control towers do a great job of keeping people and planes out of accidents, but the airspace involved has been limited and defined. Now the future beckons with a prospect of opening ALL of our airspace to millions of drones, on a multitude of missions. This will take some doing. 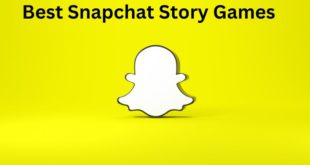 The Best Snapchat Story Games For You To Try With Your Friends!