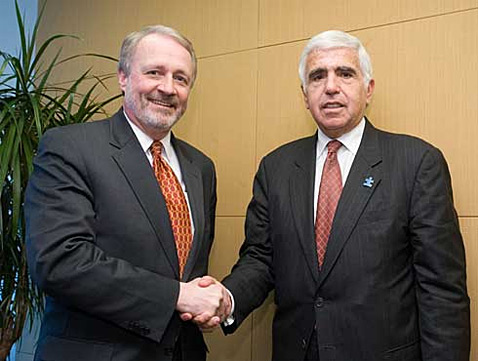 With all that FCC brouhaha out of the way, XM and Sirius were able to move forward with their plans for a merger. Announced today, the new name of the combined companies will be Sirius XM Radio Inc. Boring as hell, right? No matter. There’s some major firepower behind this new company. It’ll be “the second largest radio company based on revenue and the second largest subscription media business in the U.S.” Now that’s power.

If you’ve got money to spend in a shit recession, the new stock ticker symbol will be SIRI. I believe Sirius gave XM shareholders $4.57 billion worth of stock total, so if you were holding onto some XM stock, you’re probably doing a little better right now.