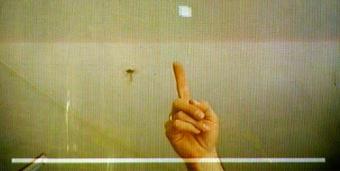 Niklas Roy has remade Pong — but with a twist. You’ll now be able to play the new Pong (“Ping”) using augmented reality technology.

Described as a “sandbox game”, Ping doesn’t have any ultimate goal, any scoring systems or paddles. However, it has been described as “addictive” and “fun to play”.

Instead of paddles, Ping uses a single video input to recognize dark objects on its video feed. The “ball” in-game can interact with these objects, giving you the ability to swat the ball around the small screen.

Technically, this device could have been built in the 70’s, but it’s still an interesting, innovative approach to a video game classic. Hopefully Niklas Roy’s idea inspires more people to incorporate augmented reality into video games.