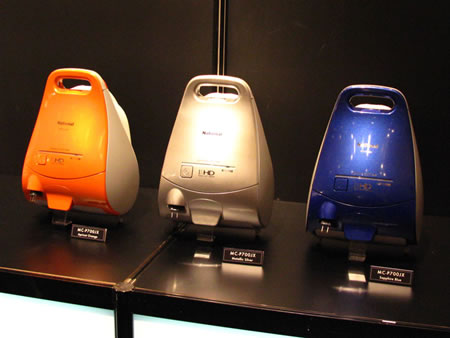 Matsushita really pumps up the vacuum with its new P7000. With the addition of a new brush to its suction opening, instead of the typical solo brush, the P7000 offers a solution for high powered vacuum needs. Each of the two brushes move in opposite directions, picking up any fleeing dust particles that cross its path.

The P7000 also packs a negative ion generator. It discharges negatively charged particles from its exhaust pipe to excite dust in the air. The dust bag also becomes charged because of collecting the charged dust particles which pools the dust to the center of the bag, allowing superior cleaning power.