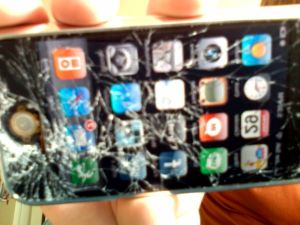 What do you do when your iPhone isn’t working?

Well, if you’re Michael Alan Skopec, you call 911 to complain. However, Michael didn’t just call to annoy emergency dispatch officers once — he called them five times to complain about his malfunctioning iPhone.

Finally, after the fifth call, the 911 answering service got fed up. They traced the origin of Michael’s calls, and sent the local authorities to his house. They found Michael (who was “intoxicated”, as the report reads) who was still complaining about his iPhone. When he refused to comply with orders from deputies, he was arrested.

Though Michael has since been released from prison, he still has a court date where he’ll hopefully be at least fined for this idiocy.