Lost City of Atlantis May Not Be Lost Anymore 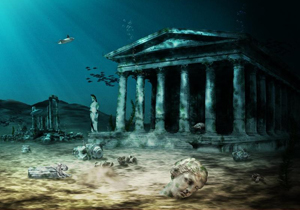 Atlantis, by most accounts, is a work of fiction; an amalgamation of several different stories from modern (at the time) and ancient times that Plato used to craft the island nation. Of course, for those who claim that Atlantis was not real, you also have those who believe wholeheartedly in the idea. Of course, if a research team led by Richard Freund is to be believed, Atlantis may be finding itself with a whole slew of new believers.

Freund and his team of American and Spanish researchers, archeologists and geologists used a variety of technology to survey the site where they believe Atlantis is to exist. They also studied a series of “memorial cities” that were built in central Spain, which they believe to have been built in the image of Atlantis.

Assuming that the research team has, in fact, found Atlantis, the question then becomes “what happened?” According to Freund:

This is the power of tsunamis… It is just so hard to understand that it can wipe out 60 miles inland, and that’s pretty much what we’re talking about.

Tsunamis are not unheard of in the region. In 1755, an earthquake off the coast of Lisbon, Portugal generated a tsunami that, according to some reports, was ten stories high. Greece and other Mediterranean areas are also frequent to tsunamis. It’s being theorized by Freund that a similar wave may have completely washed away the ancient civilization. But there is still work to be done.

We found something that no one else has ever seen before, which gives it a layer of credibility, especially for archeology, that makes a lot more sense.

Further exploration and excavations of the site are expected, as well as further looks at the cities in central Spain. If the “Atlantis” they find is anything like the Atlantis seen in Hercules: The Legendary Journeys, I will gladly eat my non-believing hat.