A Look at Potential IPhone 8 Features Rumoured to hit the markets in the fall of 2017, the iPhone 8 is expected to be significantly different from its predecessors in several aspects – except for, of course, the signature characteristics of all Apple’s offerings. With several prototypes still being toyed with, it may be a while before the final form and features settle in place. However, based on leaked reports and information from authoritative analysts, there are quite a few potential features that are likely to be present in this variant, which obviously will be pricey.

Reportedly, at least one of the iPhone 8 models due in 2017 will sport an all-glass body with a curved 5.8” OLED edge-to-edge display. It is also believed that Apple will come up with two other models with slightly smaller display sizes of 4.7” and 5.5”, according to analyst Ming-Chi Kuo, who also expects the glass body to be reinforced by aluminium or stainless steel frames.

The fully transparent glass body also requires the internals of the phone to be neatly in place. Interestingly, a curved glass design is expected to house virtual active keys for specific functions along the sides and also keep the battery and antennae tucked away from sight, along the edges.

The phone most likely will be powered by a 10-nanometer A11 chip, greatly enhancing processing speeds and efficiency.

Ming-Chi Kuo expects all three models to support wireless charging. This may be achieved via an external charging accessory rather than using an in-built capability. Given the fact that a glass body better facilitates wireless charging, these two features may find a place in the final product. Experiments are on with respect to long-range wireless charging; however, its availability in time for the release seems a distant possibility.

No drastic changes in the camera department, except that optical image stabilisation (OIS) may now be available on both telephoto and wide angle lenses, and the camera (similar to Touch ID) will be integrated with the display in case Apple chooses to do away with the bezel. The lower 4.7” variant, however, is expected to sport just a single camera. Support for 3D photo effects also seems likely.

Iris scanning, facial recognition, etc. may add to the biometric capabilities of the device. Yet again, iris scanning could prove a value-add later in the timeline, in case the feature is not ready for the release.

Nikkei’s reports also suggest that an enhanced Taptic Engine could find its way into the iPhone 8, enhancing the device’s capabilities to respond to complex tactile commands, especially if there’s no bezel. Unlocking the iPhone or using Touch ID will need to be suitably deciphered in the absence of a ‘home’ button.

A smart connector, similar to that on the iPad, may also be seen on this model. It may facilitate use of accessories but not make a significant difference here.

With Samsung set to supply NAND flash memory chips to Apple after a gap of four years, they too are likely to find a place in the new device to better shield components from EMI.

While the feature list is till hazy, quite a few patented technologies from Apple may be seen on the iPhone 8, making it all the more important to secure this device with an iPhone insurance. 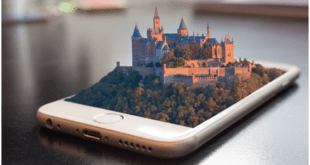 IT Support Experts predict where the IoT is going