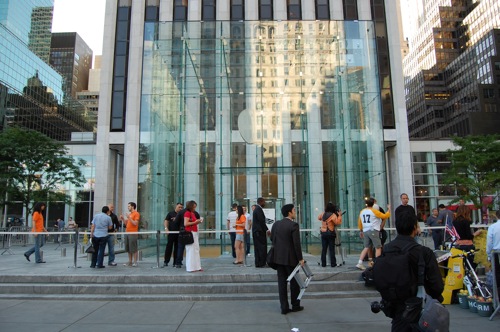 8:02AM – I’m assuming they’re letting people into the store in groups due to the rumor that the phone takes up to 15 minutes to set up in-store.

8:01AM – Some guy tried to run into the store with an American flag and a crate of apples but got owned by security.

8:00AM – The iPhone 3G is officially for sale, customers are being let in to the store. Lots of applause from everyone around.

7:58AM – With two minutes to launch, all the news stations are getting prepaired

7:57AM – The Apple team is coming out and now standing outside of the store, wearing orange iPhone 3G shirts.

7:48AM – 10 minutes to launch. Fanboys have reportedly flooded the area with semen.

7:45AM – Looking for a live unboxing? Pha over at CrunchGear is doing it live right now, sans pants – http://www.crunchgear.com/2008/07/11/live-iphone-3g-unboxing-review/

7:41AM – A group of people just went down into the store. Maybe some lucky folks are getting an early shot at a purchase?

7:36AM – Crazy religious zealots are going ape shit on 58th and 5th ave. Security is about to go wild

7:33AM – Things are picking up. The line for phones extends around the corner, down 58th st. and down to FAO Schwarz’s door. 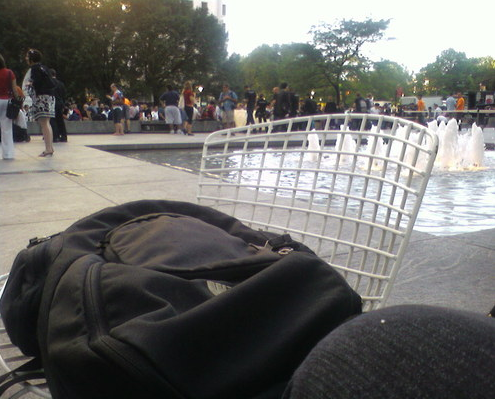