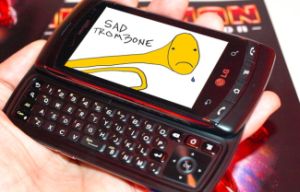 On par with the negative economic news being released by other tech companies, LG has posted a dismal earnings report for Q3 of 2011. Actually, the company lost money.

It looks like the primary cause of this is LG’s handset division, which is far outpaced by the sales figures of other handset companies. This means that Q3 is the fifth consecutive financial quarter that LG’s mobile division has been in the red.

Unfortunately, it looks like LG is on a losing streak that’s being negatively affected both by the poor economy and lack of consumer interest in its products. Even though LG released the first globally available 3D smartphone earlier this year, it wasn’t enough to jump-start their profits.