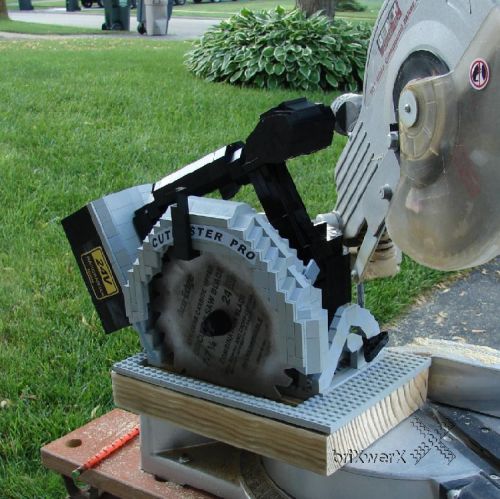 Anybody who has followed Gearfuse long enough knows that there are really no limits to the artistry that can go into LEGO work. In fact, there are people who even make a career out of it. But Dave and John Xandegar simply wanted to create a power tool capable of fulfilling the geeky carpenter.

The LEGO Circular Saw is probably one of the most dangerous LEGO pieces ever created, as the blade is in fact very real, but precautions were taken. The blade tips have been removed and the blade itself is programmed to power-down when touched. Hit the jump for a video of the saw in action.