Say hello to Kepler-78b AKA Earth’s evil twin. Kepler-78b is the first Earth-sized planet discovered outside our solar system with a rocky type composition…but it’s quite different from our planet. 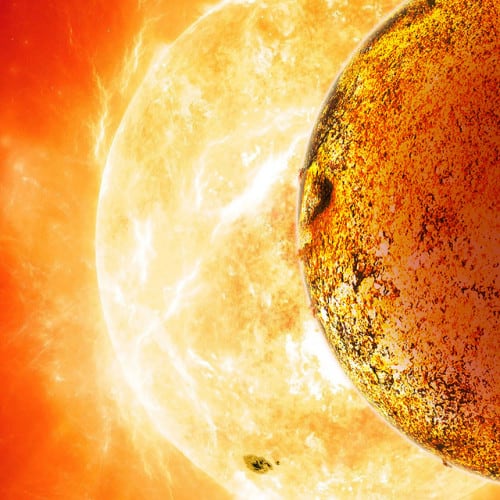 NASA astronomers have made history in their discovery of the Earth sized planet outside our solar system. Kepler-78b has a rocky composition much like that of Earth and has the same mass as Earth. Kepler-78b is comprised of rock and iron and rotates around a star that is similar to, but smaller than, the sun.

Just where is this Earth twin located? Some 400 light years away in the Cygnus constellation.

What would life on Kepler-78b be like? Well, simply put, it wouldn’t! The planet which revolves around its sun every 8.5 hours is comparable to our visions of hell, a fiery inferno with no way to support life even for a moment. Despite the fact that Kepler-78b is not habitable at this time it still marks a major milestone for astronomers being the first planet outside of our solar system that is comparable to Earth in so many ways.