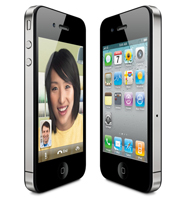 There is no doubt that until the CDMA version of the device eventually made its way to Verizon, AT&T was known as “the iPhone carrier.” In fact, one of the running jokes was that AT&T’s service was so notoriously awful that you really were on AT&T for the iPhone and nothing else. Well, now that Verizon is on the iPhone bandwagon (as is T-Mobile, if you count those who unlocked their iPhones) AT&T may be desperate to keep iPhone customers, and one way to do that would be to highlight AT&T’s admittedly superior speeds.

But what if those speeds come at the cost of other phones?

In a test conducted by PC Magazine, AT&T’s iPhone 4 was put up against the HTC Inspire 4G and the Motorola Atrix 4G. Six tests were run using the Ookla SpeedTest app and the numbers show a significant difference between the two devices.

On average, the HTC Inspire 4G and Motorola Atrix 4G saw upload speeds of 0.23 and 0.15 Mbps, respectively. On the flipside, the iPhone 4 on AT&T saw upload speeds that averaged 1.02 Mbps. What makes these numbers even more curious is that the iPhone 4 utilizes a HPSA 7.2 modem, while the Atrix 4G and Inspire 4G both use a HSPA+ 14.4 modem, which is supposed to be much faster.

To PC Magazine’s credit, they concede the possibility that there could have been a problem with their devices.

These results suggest that AT&T is, in fact, capping upload speeds for at least several different non-iPhone 4 devices. Now, we haven’t worked out the variables here. This could be a problem specifically with the four devices we’ve tested (the two phones plus the Adrenaline and Shockwave USB modems), or a problem that specifically only affects certain parts of New York City.

The likelihood of there being that kind of problem seems small. What further fuels the fires of this matter is the blatant non-denial from AT&T when presented with these numbers:

As you noticed, we have a number of HSUPA devices today and we will have more HSUPA-enabled devices in the future—new devices and updates to existing models.

…right. I’ve never been an AT&T user. I’ve used every other carrier in the US (including US Cellular — ugh – JW) and find that, in my experience, T-Mobile far and away has the best 3G/”4G” speed. Yours, of course, will vary. But when I see that AT&T may be throttling usage on other devices to make their flagship phone appear that much better, well… I’m not a fan.