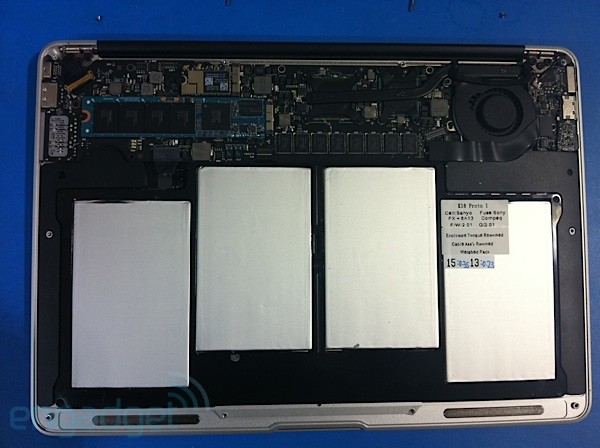 An anonymous tipster leaked this photo of the alleged innards of the new MacBook Air which is expected to be announced at Apple’s “Back to the Mac” event on Wednesday, October 20. New features include a re-designed case, more internal room for battery packs and no hard drive. Yes, no hard drive. At least that’s what these spy photos lead us to believe.

There are several possibilities to be explored here. One, this is a fake. Two, there are multiple models, this one containing a flash-based storage device. Three, the hard drive is hidden behind the display, resulting in an iPad-with-a-keyboard type device. Or four, Apple is planning on unveiling a cloud-based storage system. Whatever the truth might be, we’ll see this Wednesday.