Indians Save a Lot. Here’s Why?

India is country of 29 States with a population of 1,362,735,901 (1.3 billion). Each State is different in terms of culture, population, ethnicity, and beliefs. The Northern part India is unlike the Southern segment, and the same applies to the Eastern and the Western Parts. Moreover, that’s why it becomes hard to generalize Indians. However, the habit of saving is common to every Indian.

This article specifically revolves around the reasons for this hereditary habit of saving and SAVING!

India being a developing country is on its way to attaining its socio-economic prosperity. It’s getting better, but there’s also a lot that needs to be done. According to the 2017 statistics, the per capita income was $1670. Jobs have become a huge problem, and the increasing population has made it even worse.

The competition amongst the jobs aspirants and the limited number of jobs all amount to a huge lack of availability of employment. As difficult it is to get a job, it is also now very easy to get fired, and this becomes the very first reason to save. The arbitrary nature of the jobs makes Indians look for other sources of stable income, i.e. Investment.

Developed countries have metamorphosed into welfare economies. Their economic dynamics are very different from India. They do not have to save excessively. Globally, the Saving-Investment ratio is very high. Indians are very future positive, that’s why they always save and look forward to amending the present and improvise their current living standard keeping their possible future in mind.

●    Obsession with Property and Gold

This point is linked to the first point itself. When it comes to finances, most Indians live in the Future. They are highly focused on Investing in Gold and Property.

Indian society is patriarchal, and the gender roles are rigidly defined. Men are the breadwinners and women are the home-makers. Despite the changing dynamics, with women also rapidly stepping into the servicing sector, the social scenario hasn’t changed yet. Gold jewelry is not just an ornament for Indian Women; it’s a matter of pride for them. With the share of the money they manage to save, they use most of it to purchase gold. They do not buy it out of vanity; this gold is very helpful when in a puddle of a financial emergency. It’s an investment that can be easily sold to help meet unforeseen expenses. ‘Dhanteras’ and ‘Diwali’ are two Indian festivals that revolve around the celebration of wealth and prosperity.

Coming onto the property, it takes a lot of planning and proper decision making based on one’s finances, to purchase the right property. It’s a more profit-oriented investment. A person expects consistent monthly rents or massive profits on reselling. If everything goes right, the expected is attained as well. People used to save for years to buy a piece of property, but now with the change in financial scenarios, one can get the best personal loans and buy their dream property. Loans do not ease the burden of savings but eradicate the long term wait.

There is one more reason that caters to the cult of Investment. Indians are less exposed to the rise of digital money and online transfers; cash is a significant medium of exchange. Storing currency is hard. To avoid wasteful spending all of them, they prefer investing them.

Children living independently is an alien concept for Indians. Families stay together, and kids remain ‘kids’ forever. Keeping personal aspirations aside, everything they do is for their offspring. Children become the focal point of their lives.

Education is expensive in the country. The primary education that Government schools provide is not even comparable to the education system that private schooling undertakes. However, private institutes for both school-based and higher education is expensive and not affordable for the common population of the country which leaves a major portion of the young population in constant dilemma given the reducing seats in Government institutes and the ever-increasing student population.. Until the kids are financially stable, the parents look after them. A great deal of money is invested in education, and it’s an expense no parent can avoid.

The focus on Investment is linked to children as well. Considering the situation of jobs, Indian parents wish to make everything certain and comfortable, not just for their children but for the next 7 generations as well (mostly North Indians). The flow of wealth is hierarchical. The older generation blesses their children with their lifetime investments.

Weddings are something Indians are known for. Indian Weddings are grand, glittery and expensive. Marriages are an awaited event for the entire family.

Right when a child is born, he/she is imprinted to have a grand wedding. No matter the income, the grandeur of the marriage cannot be less. Many people make fixed deposits for their children’s wedding. Lifetime savings are washed-off in a single day event.

The massive expenditure is contradictory to the Indian Saving Culture. The present generation considers it a sheer waste of money but the previous generation regard it as a societal obligation. It’s believed to be an inevitable expense.

These were a few general points that reason the Indian Savings Culture. This article does not necessarily conform to the ideologies of every Indian. 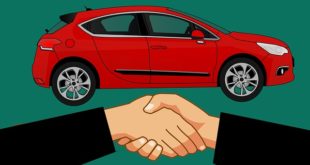 4 Smart Tips for Financing a Car

Crypto Wallet: What is It For, How Does it Work, and Why You Need It