How Steve Jobs Drove a Car Without a License Plate 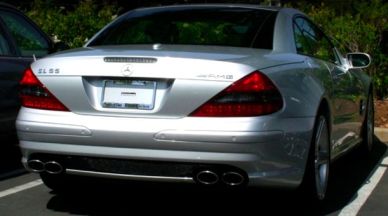 Along with his other notable personality quirks, Steve Jobs was known to drive a silver Mercedes that didn’t have a license plate. Ever. How did he get away with this?

Of course, there have been many theories about this phenomenon (some of them less-than-flattering). However, a journalist at ITWire finally managed to get the real reason behind the identity-lacking vehicle.

No, he didn’t get away with it because he was Steve Jobs, and could use his influence to get out of traffic tickets.

Apparently, there’s a law in California that gives you six months from the time you purchase a car to obtain a license plate. So, to circumvent this law, Steve Jobs simply leased a new (identical) car every six months.