How To Make an Effective Horror Movie

The most effective horror movies are the ones that manage to make horror into a personal experience. Having hundreds of zombies ravaging a distant city is indeed worrisome but having one already in your house at arm’s length of your children is immediately terrifying. In this video, we’re going to take a look at three movies that have successfully told an effective horror story by respecting the balance of three key elements: the characters, the adversary and the audience. Release is presented by CasinoSlotsIE.

They managed to blur the lines between metaphor and reality by removing the focus from the monster and placing it squarely on something we can all relate to…something we can all recognize. Family. Home is where we should feel safe, our parents and our family are supposed to give us unconditional love. What these movies do is grab these universal themes and turn them on their head by slowly deteriorating them and taking away their safety. But first it grounds the storytelling in family drama.

The core of the three movies is wrapped around families dealing with grief. “The Babadook”, is about a mother that secretly can’t stand her own son because he reminds her of the death of her husband. In “The Witch”, we see a family of puritans struggling with the abduction and death of their youngest child. In “Hereditary”, two characters pass away early in the movie and we see the family dealing with the aftermath as it slowly turns them against each other. We get to know the characters, the geography of their home, where they sleep, their routine, their jobs and we start caring and attaching ourselves to them. Even their pets. Now why is this important? Because we need to establish a bond before things start going wrong. Horror films are much more upsetting and frightening if you are invested in the characters.

As dysfunction sets in we begin to feel unease. We become resistant to the family erosion. Tensions rise and the scenes become increasingly uncomfortable and upsetting to witness or be a part of. If you don’t feel anything for the characters, then the movie is doing something wrong. Since the focus is on the families, the adversary is lying in wait, hiding within every frame. At first, its presence is small and almost doubtful but as the movie progresses, the entity grows in size and begins take up space. In each movie there is a specific adversary The Babadook – an evil entity from a book. The Witch – a coven of witches in the woods following the whims of the devil hiding in plain sight as a Billy goat called Black Philip. In Hereditary – a pagan cult devoted to king Paimon. At first glance the adversary of each movie seems different but the way they go about destroying the families is similar.

It’s doesn’t physically kill anyone because its purpose is to corrupt. They’re not motivated by revenge or mindless carnage. Monsters want your blood, while the adversary wants your soul. This is about destroying them from the inside out. It infiltrates the members of the family and corrupts them to the point that they will be the ones that will do the deed themselves. In the Babadook the mother learns to live with the entity. In the Witch and Hereditary they end up joining it. The adversary is not a simple villain, it’s a concept, it’s intangible, it lies in the unknown, it can’t bleed, and it definitely can’t lose.

The audience is very important to the success of a horror movie. They can’t just be waiting for the next scare. A good horror movie manages to involve them in the story. The movie should be a mystery. Just like the characters, they should be trying to figure out what is going on. Give them clues even more than what the characters can see. Odd character reactions, off handed remarks, or even close-ups of information that will be relevant later. Show them but don’t explain it. The audience should be actively trying to complete the puzzle, this puts them off guard …so surprise them…disorient them…that’s when horror can be most effective.

Ultimately, the sign of an effective horror movie is when it succeeds in gaining real estate in your mind. As an audience you are involved in the movie, seeing the characters as your surrogates dealing with inhuman events but once the movie is over and they meet their end the attachment is broken leaving an unsettling feeling…and you exit the theater thinking you’re done with the film…but it’s still not done with you. You forgot you spent the whole movie building a monster in your mind. One that doesn’t go away. It grows when you lie in bed at night with every unwanted sound and dark silhouette. You see the most effective horror movies are the ones that intrude in your psyche…and never leave. 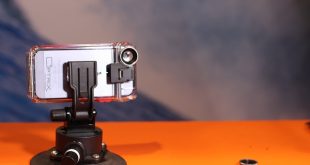