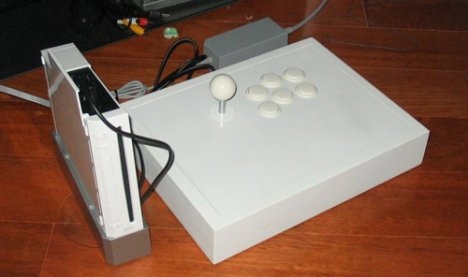 This apparently homemade Wii joystick makes you wonder. Why is it so much bigger than the console it’s attached to? You could argue that the creator was trying to emulate the feel of an arcade game cabinet, but to us, it looks awfully similar, in both size and design, to the Dreamcast Arcade Stick joystick controller. It has the same six buttons and joystick, and looks to be the same size, as well. It looks like someone either pulled the innards out of an Arcade Stick and made a new case, or simply repainted the existing case. It’s now available on eBay. — Mike Payne