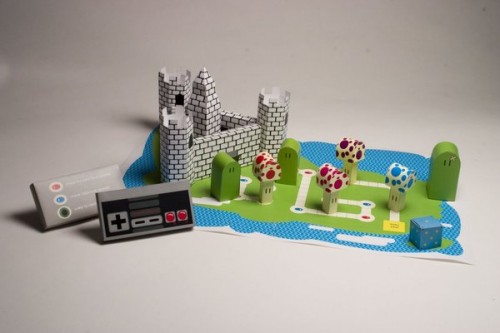 Two things can make a man fall to his knees: video games and women. That’s why when I saw designer Ashley Buerkett’s Mushroom Kingdom board game, I instantly fell in love. First off, let’s focus on the intricacies and details involved here. Two NES controllers, a castle, mushrooms and a landscape right out of Yoshi’s Island. To boot, it’s all made out of paper, making it accessible for anyone who wants to build their own Mushroom Kingdom set.

Of course that’d be the case if Ashley released a download so you could print it out and fold it up yourself.. For now, it’s her own private funhouse. A paper funhouse, mind you.