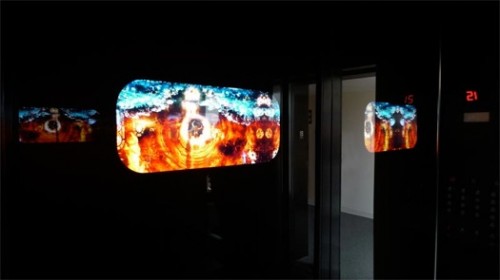 Nothing better encompasses the idea of heaven, hell and purgatory better than Dante’s Divine Comedy. That’s why artist Marco Brambilia, who apparently directed Demolition Man, decided to use Dante’s masterpiece as his inspiration for an art installation in New York. The Standard Hotel in New York City has an elevator with a big video screen inside it. Ascend upwards and it’ll simulate a trip to heaven. Downwards, you’re sent right to hell. A novel concept from an artist who coined the term “The Three Seashells.”