Half Terabyte Holographic Disks: Bringing The CD Back? 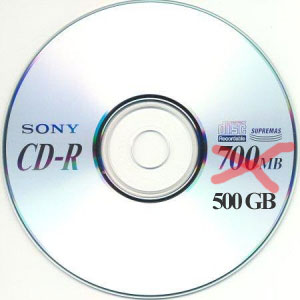 Sony researchers have been working on 20 layered optical disks that can hold up to half a terabyte of data. Using holographic techniques, these disks could serve as external drives all their own, offering 500 GB of storage on a standard disk by 2010 (enough to back up most PCs.)

While various companies have been working on similar methods, Sony’s version relies on shining light on both sides of the disk simultaneously, creating interference patterns on the disk being written to, each pattern representing one bit of data. — Andrew Dobrow