Gygax Is Gone, But His Spirit Lives On In The Mind Of MIT Nerds 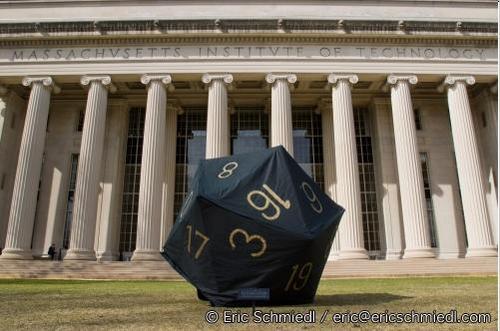 The death of Dungeons And Dragons’ creator Gary Gygax left a void in the nerd community which might never be filled. His death has not only led to the newest edition of the game guide to be a pre-ordered hit, among the top selling books on Amazon, but has led some to conduct their own memorials.

A group of students at MIT have put together a giant sized D20 die, rolling it through the notoriously prank-filled Killian Court of the school’s campus. If you happen to be the type of nerd who struts around with the coolest new devices, you can get a Dungeons And Dragons dice app for your iPhone. — Andrew Dobrow