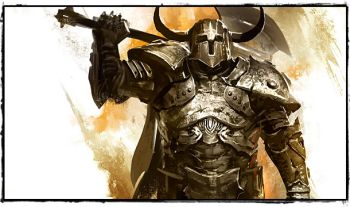 If you’re a fan of the popular MMORPG Guild Wars, we have some pretty exciting news. On December 16th, the closed beta for Guild Wars 2 will go live.

However, it’s only open to players that have been previously notified about acceptance into the beta. So, you can stop hammering F5 on your email inboxes — if you were included in this beta, you’d already know.

Here’s the official statement from the AreaNet team:

We will officially enter Closed Beta Testing this Friday. It will be marked with an increase in our pool of testers. To clarify, this phase of testing is still under NDA and is not open to the public. Based on the feedback we get from our current Closed Beta Testing, we will determine the next phases of our beta program in which we will open beta access to more people.” — AreaNet, in a Reddit Post

As of right now, there hasn’t been a finalized release date set for Guild Wars 2.