Google announced today that they’re going to be tackling the competition by stepping up their Google Wallet and bringing things to a whole new level! 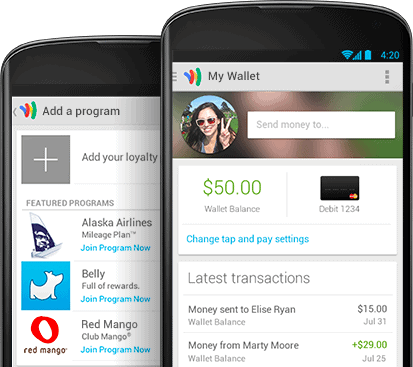 Recent changes to Google Wallet now mean that users can not only send money to friends utilizing a debit or credit card as well as their Google Wallet wallet balance, but that they can also utilize loyalty programs. Google Wallet is now supporting store loyalty cards as well as allowing users to make use of store coupons, Google offers and Valpak coupons.

Google hopes that these changes will increase adoption of the Google Wallet which has been struggling against the competition.