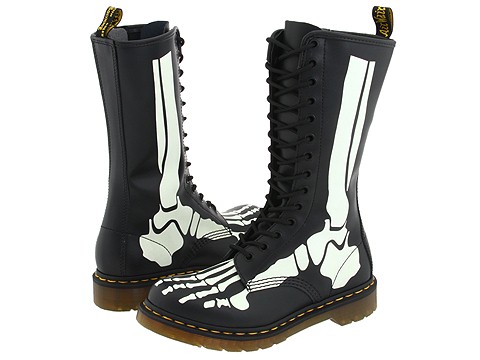 Combat boot specialists Doc Marten have unveiled their awesome “The Skelly” pair of glow-in-the-dark combat boots. Even if you haven’t had the chance to rot in the ground for a few millenia, you can still feel like a hardcore undead creature walking among the living. Damn air breathers.

The coolest feature is that your bones will have a special talent which normal undead bones don’t have – the ability to glow in the dark like some sort of zombie nuclear experiment.