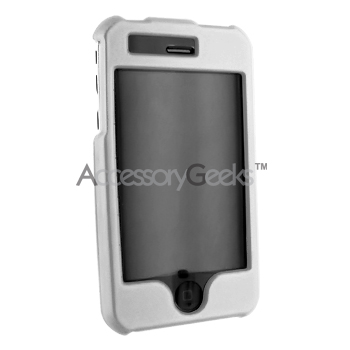 AccessoryGeeks.com sent us over one of their awesome Premium Glow-in-the-Dark iPhone Cases and over the last few hours we’ve been playing around with it, giving the case a little run for its money. First off, the mere thought of having a glow-in-the-dark iPhone is insanely awesome. Glow-in-the-dark capability is just one of those features the Apple should have included from the get-go. I mean, come on Mr. Ives, don’t you know what geeks like? Check out our review after the jump.

This particular case is nice because it doesn’t add too much bulk to the phone, which for a device already on the larger side is a good thing. As for the glow-in-the-dark glowiness, it doesn’t leave you flabbergasted in amazement. You’re forced to hold the case under a bright light for at least 30 seconds before being able to see any glow, and even at the length, the glow is barely tangible. I’m sure at longer lengths the glow is more vibrant, but we just didn’t have the patience to wait that long. (UPDATE: Even spans of 10 to 20 minutes under a bright bulb does little to make the case glow much brighter.)

Don’t get us wrong! Even a slight glow is better than no glow at all, we just wish that the glow was enough to brighten a room, rather than barely illuminate the phone itself, but for $14.99 you can’t expect much more that what it offers. Though all in all, the Glow-in-the-Dark case does do a great job protecting your phone, something we tested by dropping our test phone multiple times from various heights up to two feet. And the glow sure doesn’t hurt the cool factor, even if it’s not as bright as you’d be led to believe. 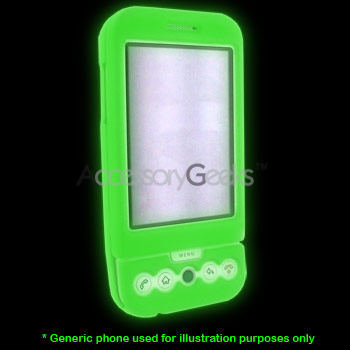