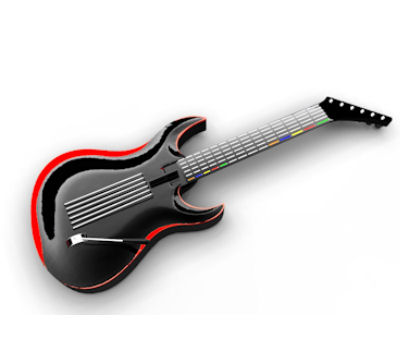 Real guitarists love to bitch about how the Guitar Hero-esque game controllers hinder the complexity of real-life guitar playing. And to be honest, they’ve gotta point. As a guitar player for the past ten years or so, it pains me to see 12-year-olds pick up a game controller and think they could even have a shot at picking up the real thing and having any basis for even a beginner’s knowledge of the instrument.

The Gambridge Z-1 changes all of that, creating a new basis and complexity for Guitar Hero-like games. Introducing a gaming guitar for real guitarists and people who actually want to learn the instrument alike, the Z-1 features a full fret board, rather than only five buttons.