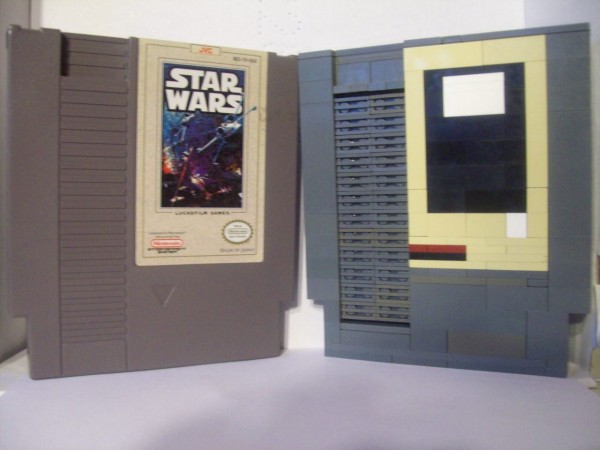 I thought I had reached the epitome of geekdom when I managed to simultaneously play my NES system and build a LEGO creation, but man, I was wrong, as it usually the case. How many peeks of geekery has  their been in Gearfuse’s history? More than necessary.

What was I thinking anyway? My actions could have been made exponentially geekier with some simple LEGO innovation. I could have been playing my NES while creating a bricktastic full-scale NES cartridge. Of course this would have ripped a hole in the very fabric of geeky space and time, but it would have been SO worth it.