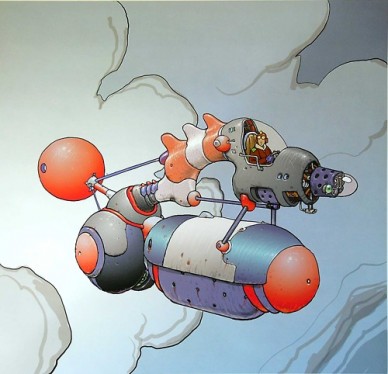 The New York Times‘ Jim Robbins reported yesterday on the University of Montana Flight Laboratory, where biologists study the physics and physiology of bird flight The scientists at the lab “are obsessed with trying to bridge the gap in flying abilities between humans and birds,” Robbins reports—and their fascination has led to insights not only into the functional morphology and ecology of birds, but paleontology, aerodynamics, and even aerospace technology.

I mentally filed away the alert for Times article, returning to it when I caught Robin Sloan‘s link to x planes, a tumblr of aerospace and aviation imagery. Robin’s link was to x planes images with the tag “fantasy“; it’s a collection that reminds one how far beyond birds the human desire for flight reaches. They include notions like this image by Jean Giraud—the comics artist who goes by the name Moebius—whose lighter-than-air craft seems cobbled together from playground equipment and spare bits of plumbing. There’s also a lot of splendid Soviet aerospace futurology, much of it from Tech-Youth, a Soviet-era technology magazine still published today. Here are what appear to be flying penthouses: 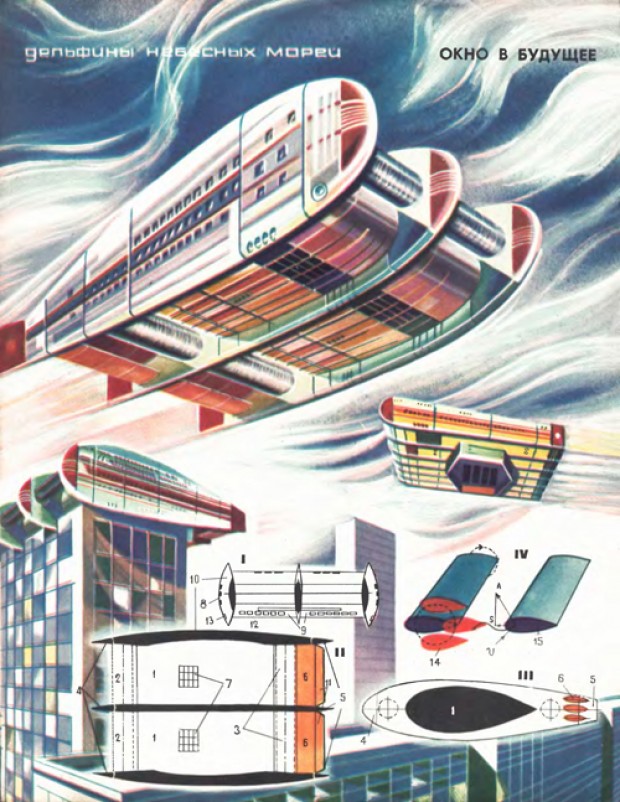 Bird flight is astonishing in its elegance, power, and diversity. But we earthbound bipeds also take our airborne inspiration from insects, lightning, clouds, and storms.