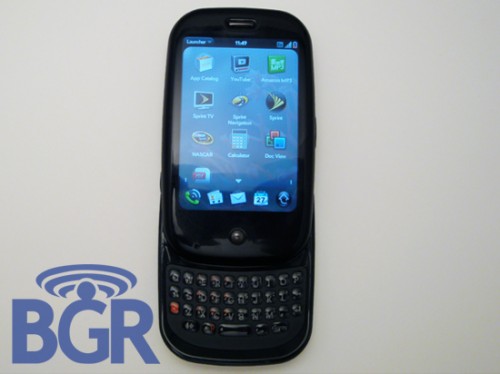 The mysterious Boy Genius is known for getting his hands on cellphones before they’re released. This time around, he’s got a Palm Pre and took plenty of photos to prove it. But big whoop: what’s he think about the device?

The Pre feels really good in your hand in terms of size and shape, but there’s a real plasticky aura about it. Additionally, things aren’t looking good for that QWERTY either. And hey, you know we take them keyboards seriously! When you try and type on the top row of keys, your finger hits the bottom part of the front piece and on top of that, you often hit multiple keys at the same time while typing. It’s actually really frustrating and doesn’t bode well for such a fantastic social communication/personal/business tool.

He goes on to say it’s no iPhone but the screen beats out the T-Mobile G1. So what do you think? Are you going to get a Pre come June?