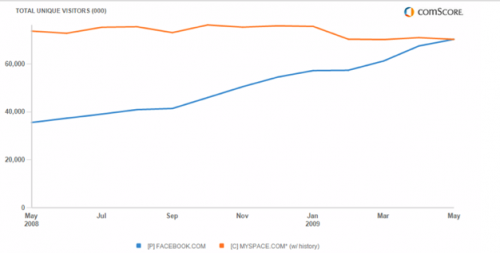 The social media war has finally come to an end. We all know that MySpace has been declining in popularity and use since 2006 and since then, has only been beating out Facebook in US-based traffic. Now, Facebook has overtaken MySpace, according to Comscore. The exact results? For May of 2009, Facebook actually passed MySpace with 70.278 million unique visitors compared to MySpace’s 70.255 million. So close, but I think we can officially declare the ‘Book the winner of the social networking wars.