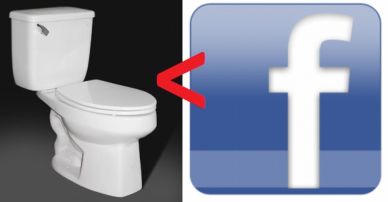 Oh, did we mention that this study was done in London?

London’s Science Museum conducted a survey of 3,000 adults, asking them to rank things that “they couldn’t live without”.

Having a toilet ranked 9th.

Apparently third world countries would be bearable if they had water, a fridge, and facebook. No toilet needed.