What To Do If Your Electronic Device Has Been Recalled 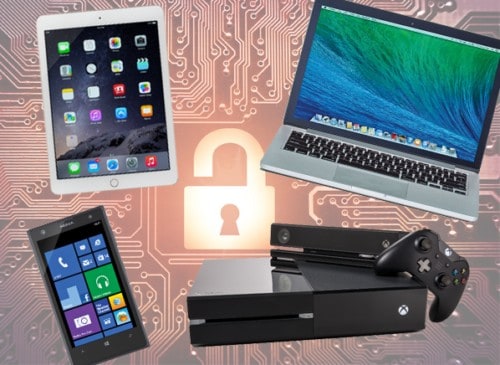 The Samsung Galaxy Note7 released to much anticipation on August 19, with thousands of users wondering how the device would stack up against the also freshly released Apple iPhone7. And while its features such as the S Pen, wireless charging capabilities and water-resistant design certainly lived up to the hype, Samsung found themselves in the news for a much different story – overheating and explosion of the devices. But while Facebook has been entertained with viral videos on the topic, the truth is that there are other very common devices currently on recall. Here, we breakdown some recalls you should know about and exactly how to handle them.

Samsung Galaxy Note7
In early September, Samsung announced a global recall of its Galaxy Note7 on account of defective batteries. While Samsung has since issued a statement that they believe their 1 million Galaxy Note7 users are safe, some consumers – and some mobile carriers – aren’t taking the chance. If you’ve purchased the Galaxy Note7, the first thing you should do is contact your mobile carrier to see how they are handling the problem. For example, T-Mobile has instituted a free Galaxy Note7 exchange program wherein users can return the device to their nearest store for a full refund. T-Mobile has also gone as far as to issue refunds for any accessories purchased for the device.  Other carriers, like Verizon, are advising customers to bring their device in for exchange for another device, or they can opt to receive a replacement Galaxy Note7.

Hoverboards
Hoverboards and self-balancing devices gained popularity – and infamy – this past holiday season, but it wasn’t until July 6, 2016 that the devices were officially recalled. According to the recall, the lithium-ion battery packs in the hoverboards can overheat, posing a risk of the products smoking, catching fire and/or exploding. Unlike other recalls which are typically for a specific brand, this recall stretches across multiple brands. If you’ve purchased a hoverboard, the procedure for refund or replacement will be different based on the brand you purchased from. Your best bet is to contact the manufacturer to file a report and have a refund issued.

GE Profile High-Efficiency Top Load Washer
A recall that has gone down decidedly quieter than that of the Galaxy Note7 is the GE High-Efficiency Washer. These products, sold between 2003 and 2011 were recalled due to increased risk of fire. GE placed a voluntary recall on the washer and is offering free in-home repair of the device. If you’re unsure whether your washer falls under this recall, you canvisit the GE website to enter the serial number and model number. The company has also provided a hotline number where you can confirm if your device is under recall, and schedule in-home repair.

Whirlpool Microwaves
Looking to reheat those leftovers? Better check the serial number on your microwave beforehand. On August 25, 2016 Whirlpool initiated a recall of its microwaves due to an increased risk of fire. Like GE, Whirlpool has setup a webpage where you can review serial numbers of the affected devices and contact the company to initiate a refund.

Steps to Take in the Event of a Recall

With thousands of products recalled every year, consumers of electronics are bound to come across a recalled product at some point. If you’re concerned that a product you’ve purchased may be under recall first contact the manufacturer to inquire about the issue. If you’re unable to do so, you can also visit the Consumer Product Safety Commission website where thousands of recalls are documented and instructions are provided. Most importantly, if you hear of a recall on a device that you own, don’t wait to return or replace it – always put your safety first.